Ballymoney Cub Scouts meet each Wednesday Evening from 6:30 – 8:00 pm in the Scout Hall on Edward Street.

Cubs are the second section of the Scouting family (between Beavers and Scouts), and are open to boys and girls aged between 8 and 10 1/2. They are easily recognisable in their green sweatshirt and coloured scarf (or Knecker!). Our group’s colours are red and green with a black border. Cubs is currently the largest section of scouting in the UK with over 137,000 cubs in the UK!

During their time in the Pack, Cub Scouts will get a chance to try lots of different activities and sports in a variety of different settings. There is a range of badges available which Cub Scouts can wear on their uniforms to show everyone how well they’re doing. Cub Scouts also get to go on trips and days out, to places like the zoo, parks or a farm. Sometimes they will be able to go camping with the rest of the Pack and take part in all kinds of outdoor activities.

A ‘Junior Scouts’ movement was established in 1914, and in 1916 they became ‘Wolf Cubs’. In 1966, as part of a modernisation plan, the Section became known as ‘Cub Scouts’. New proficiency and training schemes were introduced and the Cub Scout Law and Promise revised.
Following an update in the early 1990s, the Cub Scout Section has changed again with the introduction of the new 6-25 programme. Girls have been joining in the fun and challenge of Cub Scouting since 1991. With a fresh new image, cartoon mascots and an exciting and balanced programme of activities, the Cub Scout Section is as strong as ever. 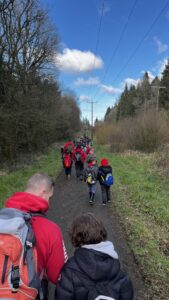 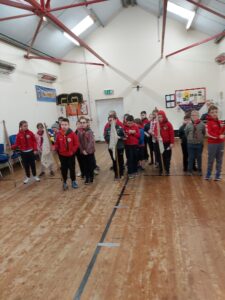 Cubs Olympics Camp and fun so far in 2022 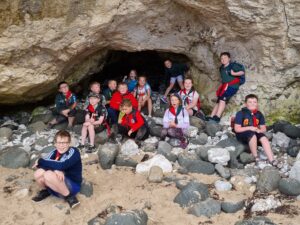